A Sermon for the Fourteenth Sunday after Pentecost

The leader of a very small denomination made the prediction that he would not die before the end of the world comes. But then he did die. The following Sunday the people wondered what the local pastor would say. He opened his Bible to Exodus 32: “God has changed his mind.” The people of Israel had turned to worship a golden calf and the Lord said: “I’m going to destroy them all and start over with you, Moses.” Moses begs him not to do this, and the Lord not only changes his mind, he repents! (Exodus 32:19)

In the following chapter it says: “I will be gracious to whom I will be gracious and I will show mercy on whom I will show mercy” (Exodus 33:19). In a similar way in Isaiah 55:8-9, God says: “My thoughts are not your thoughts, neither are your ways my ways, for as the heavens are higher than the earth, so are my ways higher than your ways and my thoughts than your thoughts.”

The New Testament has striking examples of God’s mysterious ways. Recall the blind man in John 9. It’s those who see who are blind, and he who is blind who sees because he sees the real situation. It’s the opposite of what we think (John 9:39).

In Luke 19:1-10 there is that little man, Zacchaeus, who climbed up in a tree to see Jesus. The point is not that he was short, but that he was a tax collector, a sinner. The point in Luke 19:10 is that Jesus has come to save the lost.

Another well-known parable in Matthew 20:1-16 is about the people working in the vineyard. Some are hired in the beginning and they work all day. Others in the middle. And still others are hired toward the end of the day. The owner comes and they are all paid the same. Those who have worked all day complain, and the answer is: “Who are you to tell the Lord how he should do it?” The Lord does it his way.

That brings us to the three parables in Luke 15, the lost sheep, the lost coin, and the lost son, whom we call the Prodigal Son. The three are one package. It begins in Luke 15 with the problem. The Scribes and Pharisees are standing around watching Jesus eat with tax collectors and sinners. He eats with those who are unclean. They are very upset. They say this man receives sinners and eats with them. Then follow the parables.

The question for us is: Who are the lost? The lost sheep, coin, and son? It’s obvious in the Exodus text. All of the people have bowed down to the golden calf except Moses. They are caught in idolatry. All sin is breaking the First Commandment, having another god instead of Yahweh.

What do the Scribes and Pharisees say? “We keep the law. We keep all 613 laws.” Luke 10:27 spells out what it means to keep the law: “You shall love the Lord your God with all your heart, all your soul, all your strength, and all your mind.” This is  very different from the way we talk about keeping the First Commandment.

What is a parable? It’s not an analogy or allegory. Remember what Robert Burns, the Scottish poet, wrote: “My love is like a red, red rose.” It’s a simile. It does not mean that she has green leaves, as in an analogy.

Or think about the lost coin. The woman searches everywhere. When she finds it, she calls her friends and neighbors to rejoice because the lost has been found. The parable becomes confusing when we try to figure out the exact value of the coin in our money.

Consider the Prodigal Son. He worked for somebody who raised pigs. The Prodigal even ate some of the food the pigs had. We might think: “Ah, this has a deep, dark meaning.” We know the Jewish people abhorred pork. Maybe this is a commentary on food laws? No. A misguided (ELCA) Bible study lesson on this parable focused on one of the servants and made a major point about that servant (Luke 15:17). It goes to show we can go wrong by not realizing what kind of material this is.

All three of these parables are summed up by what is stated succinctly in Luke 15:24 and 15:32: “My son was dead, and is alive again; he was lost, and is found. Let us rejoice.” That’s what all three parables are about, and we must not get lost in details. Very simply: The one who is lost is found. The one who is dead, is alive again. That’s the message of the Gospel and the message of these parables.

There’s nothing new in pointing out that God does things his way and not our way. Our way is to trust in works.

The cross is a scandal, an offense, foolishness. Or to put in terms of Psalm 103:10-12: “He does not deal with us according to our sins, nor requite us according to our iniquities. For as the heavens are high above the earth, so great is his steadfast love toward those who fear him; as far as the east is from the west, so far does he remove our transgressions from us.”

Luke 23:32-43 is about the thief on the cross. Right before he dies, the thief is forgiven. He admits he is worthy of death. That’s why in the Large Catechism when Luther writes about baptism, he uses this remarkable image: “The Lord snatches us from the jaws of the devil” (Tappert 446:83). We have the wrong idea that there is something we can say or do to be good enough, to be worthy, even if it’s only hanging on as best we can. Or reaching out to him.

That’s why when we come to the Lord’s Table, he comes to us where we are, just as we are. He eats with sinners. Then, as we sing “Just as I am,” the whole thing is stated again. Amen 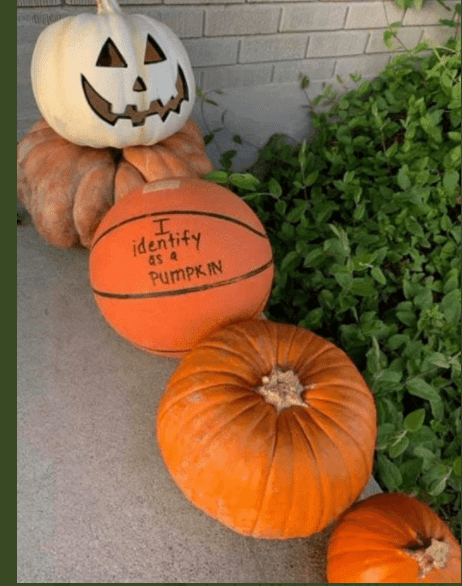