A sermon for the Ninth Sunday after Pentecost

How does Christianity work with your feet on the ground? This Pentecost season we are using the great Reformation text, John 8:31: “If the Son makes you free, you will be free indeed.” We are asking: How does this work practically?

Today we look beyond our own lives and neighborhoods to mission efforts overseas. Three Bible verses inform our thinking:

We are familiar with these texts. They are cited in hunger appeals, the war on poverty, and the like. Both secular and church bureaucracies ask: “Just give us money, and we’ll solve the problem of hunger and poverty.” And so we send money and then turn back to the challenges of our lives.

The problem is that sending money can be a waste of money. For example, consider Africa. Since World War II five trillion dollars has gone into helping Africa, more than even the Marshall Plan, and all that money hasn’t done much good. In fact, much of it has been counter-productive. Why is this?

What is to be done? (Lenin)

That’s really very tempting, to walk away. Some missionaries from the US and Europe are doing that. Just leaving. The problem is: The Chinese are moving in, taking over, exploiting the land, and enslaving the people. And Islam, too. Every year the map which tracks religious developments shows the black line of Islam, as it’s called, proceeding down through the Sahara into Africa. For Westerners to leave Africa is not simple or loving.

What is to be done? There is the short term and the long term. In the short term there are emergencies such as famines and plagues that require immediate help. From 2019-2020 a plague of locusts swarmed across North Africa. Government officials dithered for the crucial first three weeks, allowing the locusts to multiply by the billions, leading to a far worse disaster than if they had acted quickly.

First, for the long term to stem corruption what is needed is to audit and evaluate. The Gates Foundation has tried to address this problem by having a five-year evaluation on every project so that if the project doesn’t produce results after five years, it’s terminated.

Second, small, targeted loans have proven to be effective. For example, in Nigeria someone had the smarts to realize that if you could provide small loans to women to start their own businesses, they could succeed. A similar example: Someone found a huge surplus of thimbles in New York City and donated them to Nigeria. Soon many women were employed as seamstresses. Their world became a little better.

This world, though fallen, is still God’s good earth, his left-hand kingdom. “The earth is the Lord’s and the fullness thereof” – Psalm 24:1. He governs this kingdom of his through common reason and common sense, through thimbles, medicine, and the marketplace.

“If the Son makes you free, you will be free indeed” (John 8:36). Free to think and do. Free to use reason to solve problems, to minimize harm, as Paul writes in Romans 13:10: “Love does no harm to the neighbor; therefore love is the fulfilling of the law.”

The Christian way in the world is similar to the ancient Hippocratic Oath: First, do no harm. This takes work and success is not guaranteed. Yet the Lord writes straight with crooked lines.

Which brings us to the problem of sin. As Oliver Cromwell wrote in 1642 in his letter to the Assembly of the Church of Scotland: “I beseech you, brethren, by the bowels of Christ, consider the possibility that you might be wrong.” We live with Cromwell’s words in our ears, too.

Juvenal, the ancient Roman satirist, is famous for asking: “Who will guard the guards?” Who will do that today? Who will audit the auditors? We have to get after this as well.

Phillip Jenkins, in his 2007 book, The Next Christendom. The Coming Global Church, argues that contrary to the decline of Christianity we see in the US and Europe, Christianity is not declining in the world. Rather, the center of Christendom has moved south to Africa, Latin America, and Asia. In fact, Jenkins argues, Christianity is really growing worldwide. The case he makes is encouraging and it raises the question of where and how to be involved? Using our heads, testing the spirits, opportunities abound for getting the gospel out.

Finally: “If the Son make you free, you will be free indeed.” Not just in the world to come, but free now. The gospel gives freedom now. Freedom to be and to do, freedom to use the best wisdom we can muster. Freedom even to stumble forward because here in God’s left-hand kingdom, we live by forgiveness, because in baptism our Lord “has snatched us from the jaws of the devil”[1] and made us his own and heirs of his glorious kingdom to come. Amen 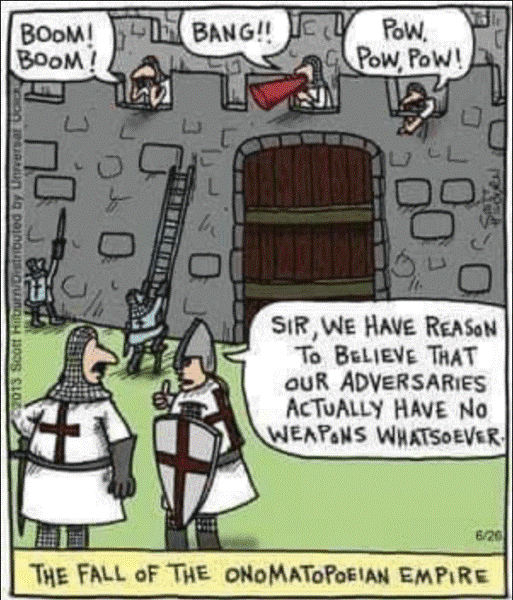