Veritas. A Harvard Professor, a Con Man, and the Gospel of Jesus’ Wife, by Ariel Sabar, tells the story of how easily Dr. Karen King of Harvard Divinity School was duped by a forged papyrus. Excerpts from Matti Friedman’s review of Veritas in the Jewish Review of Books are found below with bolding added for emphasis:

Despite the artifact’s clumsy Coptic handwriting and grammar, the world’s most prominent papyrologist, Robert Bagnall of NYU, judged it to be authentic. In fact, the clumsiness only made it seem less likely to be a forgery, as Bagnall explained to Sabar: “I kept saying, ‘How could somebody be so sophisticated and so unsophisticated at the same time?’” There are many more details of this kind, and of a more amazing and salacious kind, all of which would have remained in the shadows had Sabar not gone knocking on doors near Venice, Florida, trawling through obscure Coptology blogs (that’s the only kind of Coptology blog), and tracking down the scholars who picked the forgery to pieces using resources they found online.

King saw herself as a historian and spoke much about “data,” but she also wrote, “History is not about truth but about power relations,” and thought the historian’s priority should be to drop “the association between truth and chronology.” All of this made King the perfect mark for the forger peddling the Gospel of Jesus’s Wife.

The chapter in which Sabar sketches the intellectual scaffolding of King’s thinking is, to my mind, the most important in the book, because it has lessons beyond a story about one fake artifact. King was taken in, in this telling, partly because she wanted to be—because, like many scholars, journalists, and even scientists, she didn’t seem to believe that truth was a matter of ascertaining facts. “In other words,” Sabar writes, “a thing was true not if it was real; it was true if—in King’s estimation—it was a moral good.” That’s the kind of thinking that has infiltrated the worlds of the media and the academy in the 21st century. King wanted the respect due to a scientist, and she wanted the freedom of the preacher. She was open to seeing the fragment as true even if it wasn’t quite real. That’s why she was the ideal address for that fateful email in July 2010. The forger’s aim, Sabar writes, was “ruthlessly precise.”

King is currently on leave from her post as the Hollis Professor of Divinity at Harvard Divinity School. Read the whole review here. 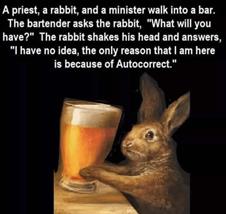