Who is that “shadowy, if not menacing, figure on the contemporary scene, perhaps not yet clearly defined, often a puzzle to both friend and foe, usually mistaken simply for a hard-line conservative confessionalist or orthodoxist”[1]?

“To mistake a post-liberal Lutheran for a hard-line conservative confessionalist or orthodoxist … is seriously to misread the situation. A post-liberal Lutheran is one who has been through the options spawned since the Reformation and realizes that they have all been used up. Least of all does infallibilism or reactionary conservatism of any sort provide an answer.”[2]

The Enlightenment had challenged old certainties, and the churches had to react. Forde: “In broad terms, the reaction was of two sorts: resistance or accommodation.”[3]

Inerrancy and Infallibility (resistance).“For both Catholics and Protestants the resistance took the form of a defensive hardening of lines against the Enlightenment ‘erosion’ of the biblical and apostolic faith.”[4] Catholics who resisted appealed to an infallible pope, while Protestants appealed to an inerrant Bible as ultimate authority.

Liberal theology (accommodation). Those who found the new forces of critical thinking and historical study convincing or inescapable attempted to accommodate. Note that the word “liberal” here does not refer to political liberalism. Rather, the liberal movement that dominated much of the twentieth century was characterized by an openness to science, biblical criticism, and an emphasis on experience. Liberal” here means “to liberate,” as Forde clarifies:

“Among Protestants it was called Liberalism. Broadly speaking we shall take ‘liberalism’ in this essay to mean attempts to ‘liberate’ from ecclesiastical or biblical authoritarianism by grounding faith elsewhere in ‘natural,’ human religious experience.”[5]

Forde notes that the move to accommodate faltered, but there was no going back to inerrancy:

Post-liberal Theology. What to do then? Post-liberal theologians saw the faith was being eroded by the experiential-expressive approach of the liberal method. They sought to defend the integrity of faith communities by focusing on how the creeds and practices of these communities shape life

and give it meaning. They claimed that Christianity should be viewed as a narrative, an overarching story, with its own grammar, culture, and practices. This post-liberal movement is represented most notably by a Lutheran, George A. Lindbeck (1923-2018).[7]

The son of Swedish-American Lutheran missionaries, raised in China and Korea, Lindbeck was attuned to the yin and yang of the Chinese mindset. He grew up with an appreciation for other cultures, religions, and Christian denominations. He taught at Yale Divinity School from 1951 until his retirement in 1993. As a young scholar he had been a “delegate observer” to the Second Vatican Council (1962-65) and was subsequently appointed to the US Lutheran-Catholic dialogue (1965-1983) and the Joint Commission between the Vatican and the Lutheran World Federation (1968-1987). His post-liberal theology grew out of his involvement in ecumenism, as he points out: “It was the ecumenical movement even more than my teaching at Yale … that has been the context of my thinking.”[8]

In his 1984 book, The Nature of Doctrine: Religion and Theology in a Postliberal Age,[9] Lindbeck drew on linguistic philosophy and cultural anthropology to establish a sociological or “cultural-linguistic” understanding of religion.[10] He proposed that Christian denominations be understood as “interpretive communities,” each with its own distinctives.

Lindbeck’s post-liberal approach aimed to protect the integrity of each tradition, but his anti-foundationalism meant there could not be basic differences because everything is relative. Because everything is relative, the only way to determine truth is by unity. Unity then becomes the problem and the solution. Unity then defines truth. Lindbeck’s post-liberal theology fueled the modern ecumenical drive for unity, but it faltered because it did not allow for basic differences and ultimate truth.

In the early years of the US Lutheran-Catholic dialogue, Lindbeck functioned as the de facto quarterback for the Lutheran team. But his post-liberal theology failed to win support from both the Lutherans and the Roman Catholics on the dialogue. Ecumenical claims of having achieved fundamental consensus failed to convince.[11] Rather, the Roman Catholics as well as the Lutherans on the dialogue increasingly looked to Gerhard Forde to articulate the Lutheran stance in the post-modern world. Lindbeck eventually resigned from this dialogue in 1983.

Post-liberal Lutheranism. Gerhard O. Forde (1927-2005), born and raisedin Minnesota, was the son of a pastor. He attended Luther College and earned his PhD from Harvard. He taught church history/systematic theology at Luther Seminary from 1964-1998. Forde served on the US Lutheran-Catholic dialogue from 1972 until 1992 and was President of the International Luther Congress from 1985 to 1993, an indication of the esteem in which he was held by Luther scholars worldwide.

Like Lindbeck, Forde was a post-liberal theologian, that is, he was “one who has been through the options spawned since the Reformation and realizes that they have all been used up.”[12] Yet he was not persuaded by the approach of post-liberal theology as advanced by Lindbeck and others. As Forde wrote:

“If the kind of interpretation suggested by Lindbeck is right, there would seem basically to be two possibilities. The first and most obvious is to turn back to Rome. If we [Lutherans] are a confessing movement in the church catholic, and if, in Tillichian terms, we have pushed our protestant principle to the degree of losing our catholic substance, then the only real way to find our substance again is to go back to Rome, that preeminent custodian of such catholic substance.

“The other possibility would be the old Protestant move: back to the Bible, to move, perhaps, in the direction of so-called evangelical or fundamentalist Protestantism, lately dubbed fundagelicalism. If we are denominational Lutherans, basically critical of or anti-Rome, and yet fear the loss of substance, we would likely be attracted by the so-called evangelical or maybe even neo-pentecostal movements in contemporary Protestantism.

“Disenchanted Lutherans today are attracted by both possibilities. Witness the talk of ‘evangelical catholicism’ on the one hand—sometimes to the point of schism—and the actual Fundagelical splinter group, the AALC, on the other. When free-choice pietism has lost its moorings in the external Word, the only way to get it back in line is by turning to authority structures with the clout to do it. One can find that either in Roman-type hierarchicalism or in biblicism. In either case, satis est non satis est. The gospel and the sacraments are not enough. They never are when they don’t bring the eschatological end and new beginning. An authority structure above and beyond the gospel must be added—akind of substitute eschatology to assuage our impatience!” [13]

Forde saw the post-modern dilemma yet took a different path: “I found the answers to my questions not in nineteenth- and twentieth century attempts to transcend or remodel the tradition but rather in a probing of its own depths.”[14] And: “What attracts the post-liberal in Luther and the Reformation is precisely the most radical dimensions of the message that give promise of new possibilities beyond used-up options.”[15]

The starting point for post-liberal Lutheranism:

“The cross alone” means more than the crucifixion. For Luther as well as Forde it includes the Old Testament witness, the crucifixion and resurrection, and the exaltation of Jesus.[18]

In a nutshell “the cross alone” means that the Lord saw a problem. That problem is sin and death. The cross alone means: 1) The Lord solved the problem his way, 2) He did it alone without us, and 3) It is done; “It is finished” (John 19:30). The Last Judgment took place on the cross. When we say: “The cross alone is our theology,” what we are saying is that God did it, it is done, and the resurrection is the guarantee that it was not a tragedy. As Forde writes:

“In a theology of the cross, however, the resurrection is all important. It is only the resurrection that snatches victory from defeat, brings about something really new, and, consequently, enables us to look on the cross as a real death.

“For in a theology of the cross, the cross and resurrection is the way.”[19]

No to inerrancy and infallibility. The gospel is proclaimed on the basis of the written word. The written word is essential,[20] but only the gospel gives certainty. As stated by the Lutheran team in the Lutheran-Catholic dialogue VI:

“Neither scriptural inerrancy nor, even less, the infallibility of the Church’s teachers, teaching offices, and doctrines is the basis of the Christian’s confidence. All these may err, but not the gospel of God’s unconditional mercy in Jesus Christ to which the biblical writings are the primary witness.

“The gospel, so to speak, establishes its own transcendence. Its truth becomes known and its authority acknowledged only upon being heard through the Word, received in the sacraments, and believed through the power of the Spirit…. [T]he gospel (the promise of God) does indeed have a specifiable ‘knowledge’ content. But the authority of this content, Lutherans believe, is established by its power to convict of sin and convince of grace through the work of the Holy Spirit and is not enhanced by saying that the teaching office or doctrinal formulations are themselves infallible.” [21]

What this means is that it is in the use (usus) that we have our authority. The cross, the proclamation of the cross, is always over against us (uns gegenüber, extra nos), and it is also always hidden (sub contrario), a sign of contradiction, as Paul writes: “Christ crucified, a stumbling block to Jews and folly to Gentiles, but to those who are called, both Jews and Greeks, Christ the power of God and the wisdom of God” (1 Cor 1:23-24).

As Forde writes of the post-liberal Lutheran way forward:

“John Henry Cardinal Newman voiced a common Catholic complaint when he called Protestantism a great abstraction divorced from the actual flow of history. Perhaps there is some truth to that if one has in mind a Protestantism that hides behind the inerrancy of scripture and seeks only to repristinate the past. But the real question iswhat constitutes or guarantees true concreteness and ‘objectivity’ in the church. Can claims made about the institution do it? A post-liberal Lutheran is not likely to find such claims attractive or convincing. What attracts, however, is simply the power of the gospel proclaimed as the word of the cross. The theologian of the cross is aware of a quite different sort of concreteness and objectivity: that of the quite alien and external word that puts the old subject to death to raise up the new. Perhaps one can say that it is only in death and the promise of new life that we come up against that which is truly and irreducibly ‘from without.’ And only so is it truly ‘objective.’” [22]

[7] Other post-liberal theologians (sometimes called narrative theologians) include scholars who taught or studied at Yale Divinity School, including, but not limited to Hans Frei, David Kelsey, and Stanley Hauerwas.

[9] George A. Lindbeck, The Nature of Doctrine. Religion and Theology in a Postliberal Age (Philadelphia: Westminster Press, 1984).

[10] Lindbeck: “On the nontheological side I gained a new dimension in the ‘60s from Wittgensteinians, T.S. Kuhn, Peter Berger, Clifford Geertz and contemporary nonfoundationalists.” In “How my mind has changed.”

[11] “Over a plateful of veal in a restaurant near the campus, Dulles delicately suggests that real differences still divide Lutherans and Catholics on the acquisition of faith, the interior renewal wrought by faith and manifestations of this renewal.” From a 1999 interview of Cardinal Avery Dulles by George Will (Washington Post, Dec. 22, 1999).

[16] See Forde, “Introductory Matters,” On Being a Theologian of the Cross. Reflections on Luther’s Heidelberg Disputation, 1518 (Grand Rapids: Eerdmans, 1997) 3, footnote 2. 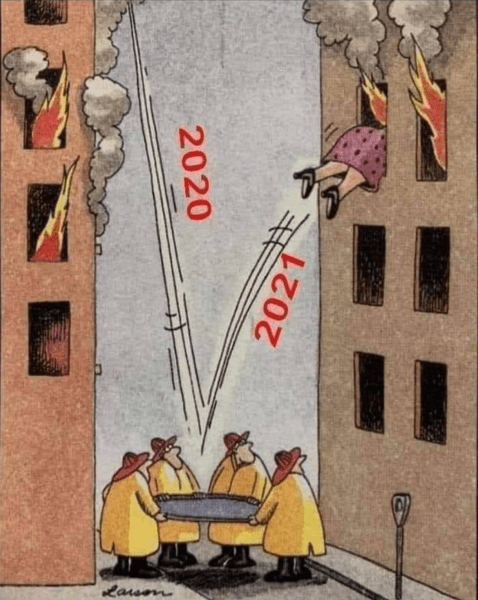