1. We’re for Christ alone, the middle and focus of Scripture.

We’re against using the Bible as a book of rules for all times and places.

3. We’re for freedom for the church to vary its structure for the sake of mission.

We’re against required structures, including the historic episcopate and congregationalism.

4. We’re for one priesthood of all believers.

We’re against giving bishops the exclusive right to ordain.

5. We’re for allowing lay people to preside at communion in regulated situations.

We’re against giving clergy the exclusive right to preside at communion.

6. We’re for moral boundaries based on tough love and reducing harm.

7. We’re for a color-blind church and a church fully open to women and men.

We’re against racial and gender quotas.

8. We’re for ordaining women because ministry is proclaiming the Word.

We’re against “feminist” theologies because they undermine the Trinitarian identity of God the Father, Son, and Holy Spirit.

9. We’re for individuals being involved in the political parties of their choice.

We’re against the church speaking as a partisan in public policy debates.

10. We’re for proclaiming that the certainty and freedom of salvation rest exclusively on the promises of salvation in Jesus Christ.

We’re against inferring that the certainty and freedom of salvation are found in any other religion.

¹ Our stance is discussed further in our Charter of Freedom 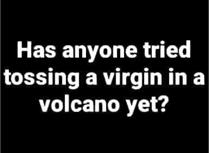